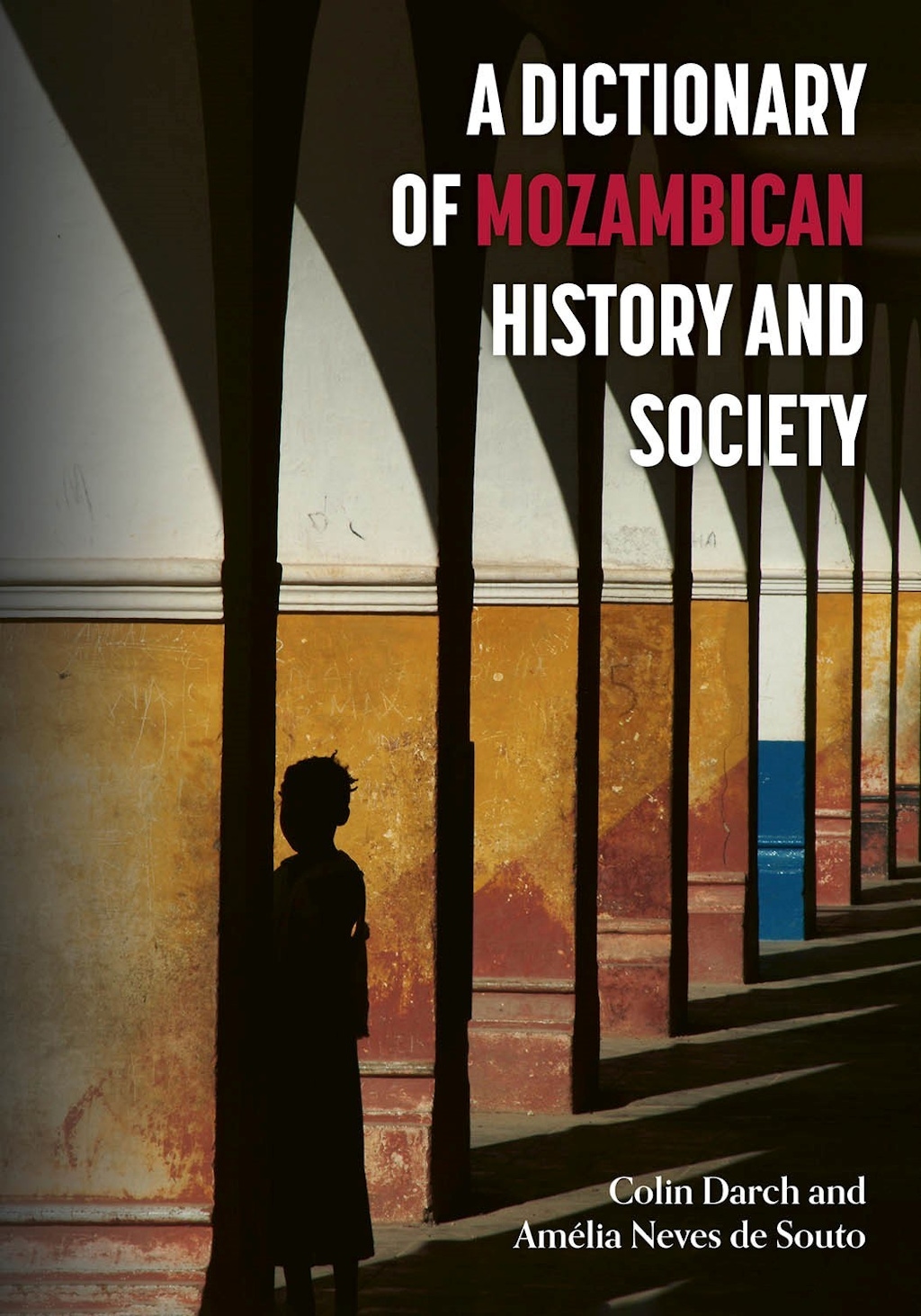 This book, now co-authored with Mozambican scholar Amélia Neves de Souto, is based on Colin Darch’s Historical Dictionary of Mozambique (2019), with new entries, updated information, and the correction of some minor errors of fact and interpretation. Written primarily for a South African readership, the revised edition aims to make information on Mozambique easily available and affordable for readers interested in the history of one of South Africa's closest neighbours. Over several centuries, relations between the two emerging territories have been complex and sometimes troubled, and although the economies of the two countries have for many years been interdependent, the simple fact that Mozambique is officially a Portuguese-speaking country has acted as a barrier to understanding.

The emphasis is on contemporary history and society from the middle of the twentieth century onwards, with perhaps one-third of the entries dealing with topics and personalities from that period. However, the dictionary includes multiple entries covering the period before the arrival of the Portuguese in the late fifteenth century, as well as on the five centuries of their often precarious presence in Mozambique.

On the 19th November 2022, A dictionary of Mozambican history and society was awarded the 2022 Conover- Porter award for the Africana bibliography or reference work. HSRC Press received the prestigious accolade on behalf of the authors, Colin Darch and Amelia Neves de Souto. 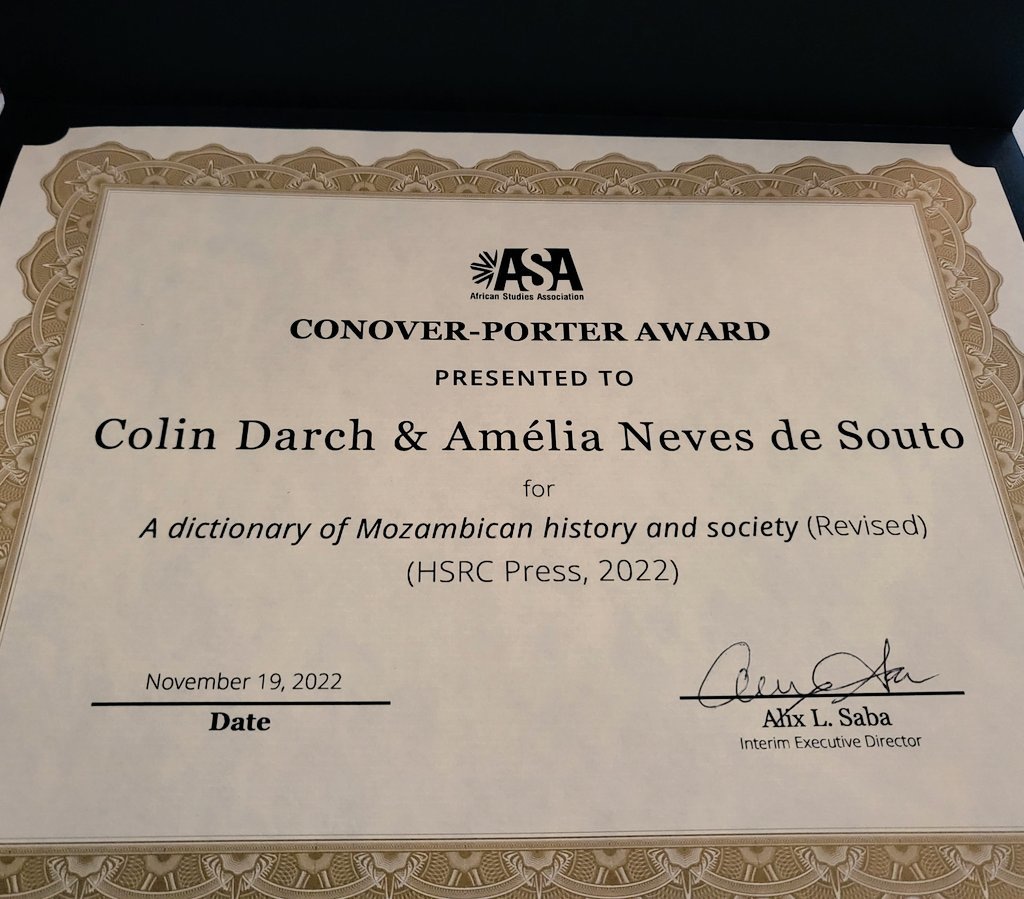 5. List of Colonial Military Commanders and Governors; and Heads of State and Government

Colin Darch was educated at the Universities of Oxford and Bradford, where he earned a doctorate in economic and social studies.

He is a qualified professional librarian, and worked during a 46-year career at universities and research centers in Ethiopia, Tanzania, Mozambique, Zimbabwe, Brazil and South Africa. Now retired, he lives in Cape Town. From 1979 to 1987 Darch was a researcher and documentalist at the Centro de Estudos Africanos of the Universidade Eduardo Mondlane in Maputo. He was a United Nations observer at the 1994 Mozambican elections, and in 1991-1992 headed the Mozambique Project at the Centro de Estudos Afro-Asiáticos of the Universidade Cândido Mendes in Rio de Janeiro, Brazil.

In 2016 he was a visiting professor at the Universidade Federal de Pernambuco in Recife, Brazil. He is currently an honorary research fellow at the Human Sciences Research Council (South Africa), an honorary research associate in both the Centre for African Studies and the Democratic Governance and Rights Unit at the University of Cape Town, and a visiting professor at the Universidade Pedagógica in Maputo. He holds a research rating from South Africa’s National Research Foundation. He has published extensively in both English and Portuguese on Mozambican topics, and is the author of the Mozambique volume in the World Bibliographic Series (Oxford: Clio, 1987), and, with David Hedges, of Samora Machel: Retórica Política e Independência em Moçambique (Salvador: EdUFBa, 2018). A collection of his lectures in Portuguese on African topics, O continente demasiado grande, was published in Brazil in 2016. He is the webmaster of Mozambique History Net, a site that he founded in 2008 to make available sources on Mozambican affairs from the 1960s to 1994.

Amélia Neves de Souto is Mozambican and earned a doctorate in Institutional and Political History (XIX and XX centuries), at the Universidade Nova de Lisboa in Portugal. From 1987 to 2016 she was a Senior Researcher in the Centre of African Studies, Eduardo Mondlane University and at the «Aquino de Bragança» Centre for Social Studies (CESAB), both in Maputo. Her principal areas of academic interest are related to the contemporary history of Mozambique (XX century to the present day) specifically the last phase of the colonial period, the liberation war, the decolonization process, the transition, and the post-independence period; she is also interested in regional relations and integration of Southern Africa, as well as questions of history, memory and identity. From 2007 to 2009, she was a Lecturer on the “Southern African Defense and Security Management Network” (SADSEM). Souto has published widely on Mozambican topics and is the author of, inter alia, Início da operação «Nó Górdio», Moçambique 1970 (2018); Moçambique, descolonização e transição para a independência: herança e memória (2015); Relações entre Portugal, África do Sul e Rodésia do Sul e o Exercício ALCORA: elementos fundamentais na estratégia da condução da guerra – 1960-1974 (2013); Moçambique (1970-1974): guerra, repressão, violência e contestação (2013); and Memory and Identity in the History of Frelimo: Some Research Themes (2013). She has published other works on the colonial war and the decolonization period, as well as a bibliographic guide on Mozambique history for Mozambican students, and a bibliography of Samora Machel (1970-1986).

Students of Southern African history, and particularly the history of Mozambique, owe an enormous debt of gratitude to Colin Darch and Amélia de Souto. The Dictionary of Mozambican History and Society is meticulously researched, carefully crafted and extremely well written. Darch and Souto’s breadth of knowledge, based on a lifetime’s work, is unparalleled. Theirs is the first book which I consult when writing about Mozambique’s past. It is a must for scholars conducting research on the region.

This concise Dictionary of Mozambican History and Society provides balanced coverage of the whole of Mozambique, with particularly strong coverage for the late 20th and 21st centuries. It has strong suits in social and political history. Most welcome are the inclusion of literary figures along with lesser known political leadership. The team of fine historians achieves the goal of bridging the divide between South African and Mozambican bibliography, but the work will be broadly welcomed for enhancing appreciation of Mozambican authors and Portuguese language literature by English language readers globally. 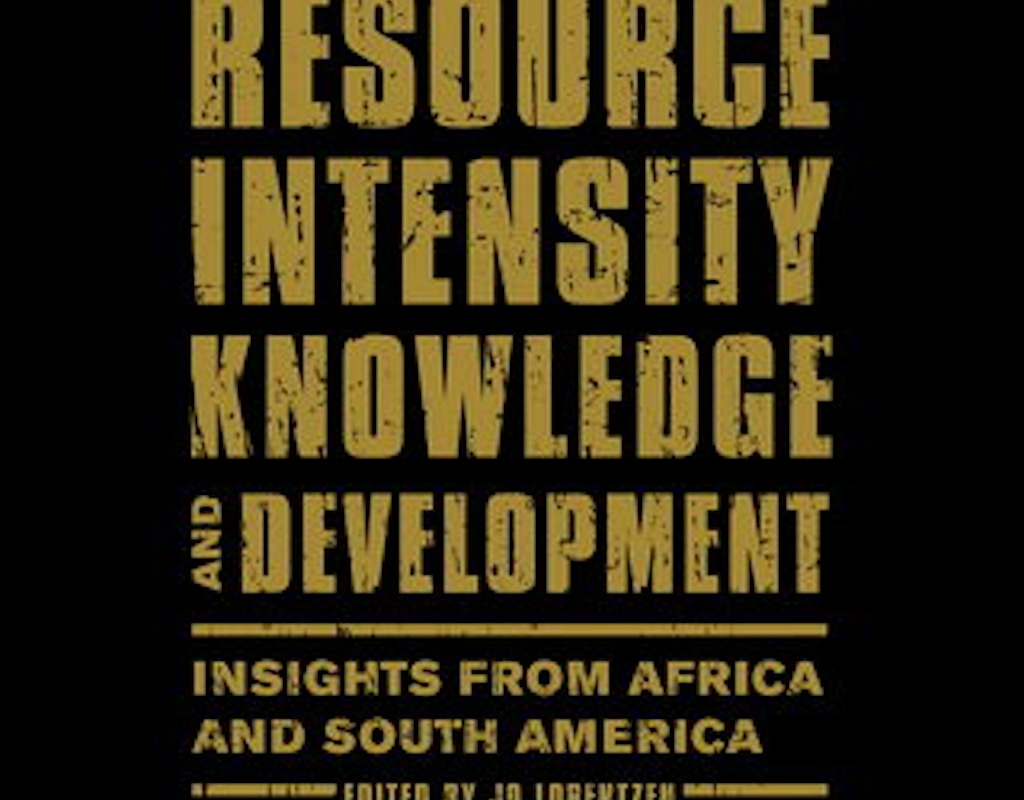 For a long time economists have warned that abundant natural resources are bad for economic development because their exploitation stunts manufacturing exports, favours rent-seeking activities by politically well-connected people, and generally leads to unsustainable policies for which, as so often, the poor end up paying the price with lost growth and opportunity. But over the last few years the so-called resource curse has been revisited as historically uninformed, theoretically unsatisfactory, empirically incorrect, and largely useless for development policy. 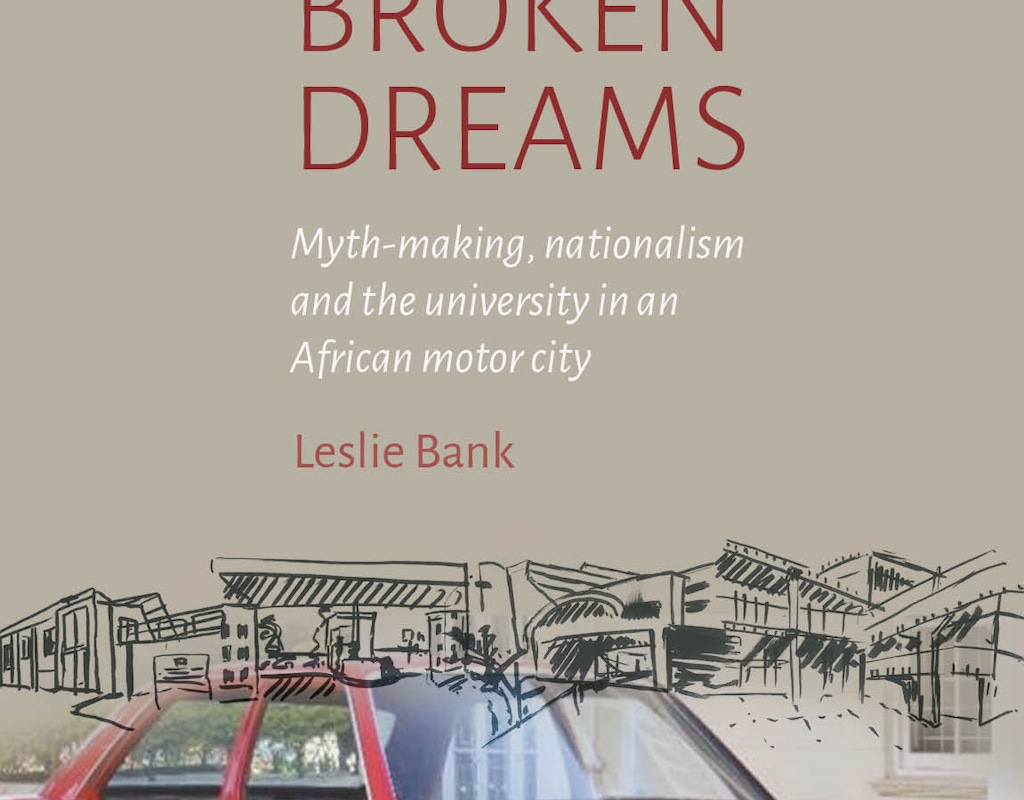 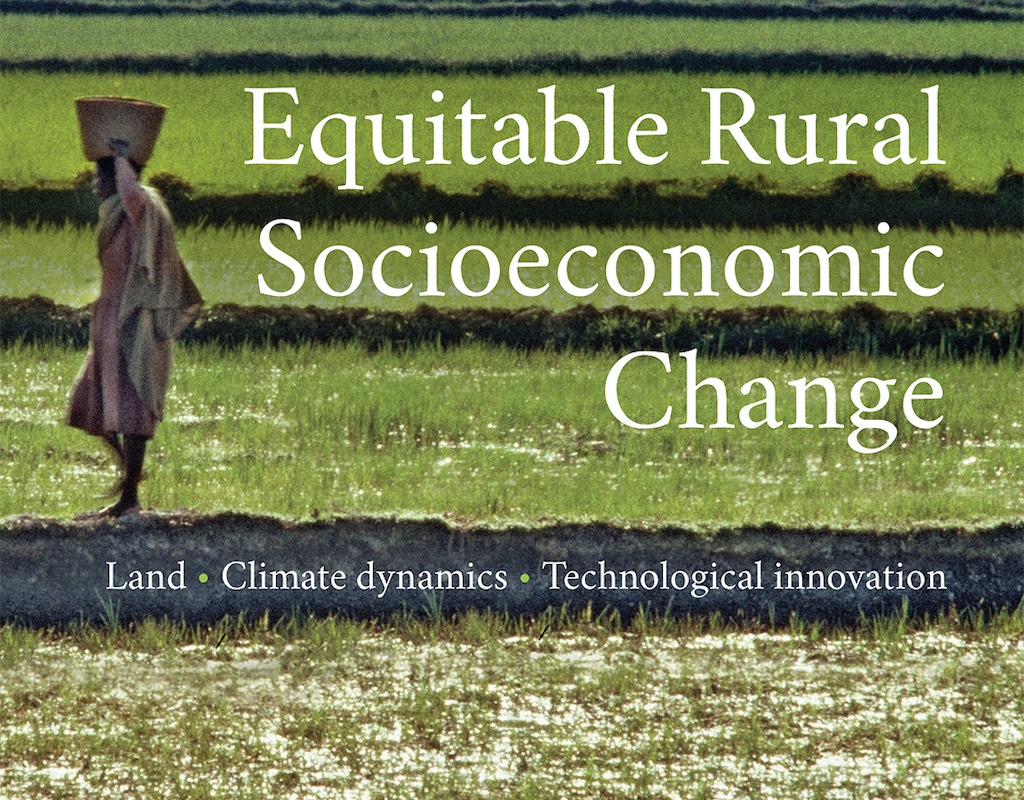 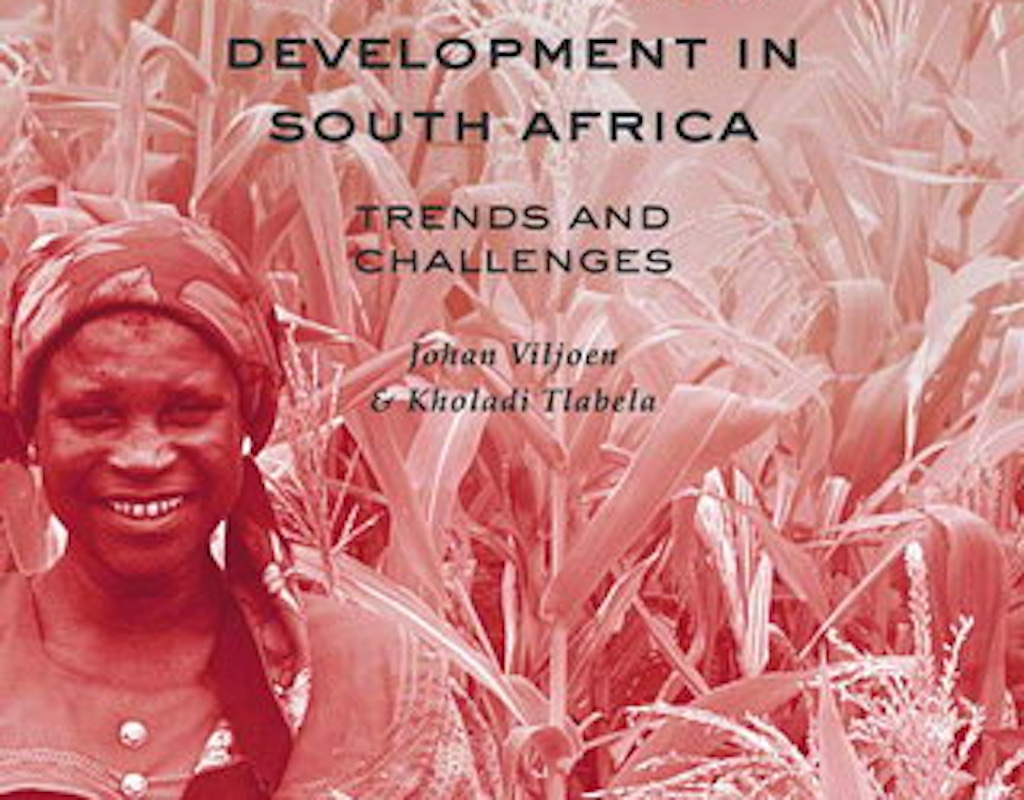