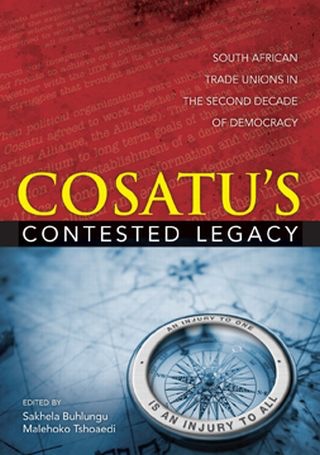 Images of striking COSATU workers, singing, marching and toyi-toying are a familiar sight for most South Africans and external observers of the country's politics. Similarly, COSATU's feisty general secretary, Zwelinzima Vavi has become a household name, commanding respect and admiration among millions and loathing and fear among his enemies and those who are on the receiving end of his fiery political oratory. But how much do we know about what COSATU workers think about their workplaces, their unions, politics and the economy? What influences COSATU members' decisions to vote for a particular political party? Why has COSATU women members' support for the ANC declined? Why do some union members think there may be good reasons to assault non-strikers and scabs during strikes? What do unionised workers think of service delivery and what role did they play in the recent spate of service delivery protests? These and many other questions are examined in this volume which is based on the fourth run of the COSATU Workers' Survey conducted a few months before the 2009 elections. Contrary to stereotypes reproduced in the media and other public platforms which portray trade union members as a herd led by all-powerful 'union bosses', A Contested Legacy deftly presents a picture of a multifaceted organisation whose members are steeped in the traditions of internal democracy, leadership accountability and mandated decision-making. But these traditions are not static. They are fiercely contested among different groups and categories of union members women and men; migrant and urban workers; skilled and unskilled workers; blue collar and white collar and professional workers; permanent and part-time and casual workers.

The contributors to COSATU's Contested Legacy are all eminently qualified researchers and scholars from diverse backgrounds who share a passion for rigorous analysis that takes labour seriously.

Christine Bischoff (Psoulis) is a project manager at the Wits City Institute, at the University of the Witwatersrand. She was part of the research team for the earlier COSATU surveys as a research consultant for SWOP and was the co-ordinator for both the 1999 and 2008 COSATU worker surveys. She has an MA in sociology from the University of the Witwatersrand, Johannesburg, and has expertise in quantitative methodology. Her publications include, (with S. Buhlungu) 'Enduring Solidarities: Accounting for the continuity of support for the Alliance amongst COSATU Members' in Society in Transition, 30(2), 1999; (with G. Wood) 'Mobilization, Internal Cohesion and Organized Labor', Work and Occupations, 28(3), 2001; and (with E. Webster) 'New actors in employment relations in the periphery: closing the representation gap amongst micro and small enterprises', Industrial Relations/Relations Industrielle, 66(1), 2011.

Sakhela Buhlungu is professor of Sociology at the University of Pretoria. In 2011 till 2012 he was Ela Bhatt Visiting Professor in the International Centre for Development and Decent Work at the University of Kassel, Germany. He previously taught sociology at the University of Johannesburg and the University of the Witwatersrand, where he was co-director of the Sociology of Work Unit (SWOP). In the 1980s and early 1990s he worked in the unions and in labour-supporting organisations. He has published widely on a variety of subjects. His most recent publications include, A Paradox of Victory: COSATU and the democratic transformation in South Africa (UKZN Press, 2010) and Trade Unions and Party Politics: Labour Movements in Africa (edited with B. Beckman and L. Sachikonye) (HSRC Press, 2010).

Stephen Ellis is the Desmond Tutu professor in the Faculty of Social Sciences at the VU University Amsterdam, and a senior researcher at the Afrika-Studiecentrum in Leiden. He has worked as editor of the newsletter Africa Confidential and is also a past editor of African Affairs, the journal of Britain's Royal African Society. He is the author (with T. Sechaba) of Comrades against Apartheid: The ANC and the South African Communist Party in exile (James Currey, 1992). His most recent book is Season of Rains: Africa in the World (Hurst and Company, 2011).

Grace Khunou is a senior lecturer in the School of Human and Community Development at the University of the Witwatersrand, Johannesburg. Her research interests are in gender and social policy, men and their everyday lives, fatherhood, health and masculinities, African spirituality and identity, intimate relationships, technology and social life, class and social life. She is currently involved in two studies - one

on the health practices of men in Johannesburg and Polokwane and the other on father connections among youth in Mpumalanga and the Northern Cape. She has presented papers at local and international conferences and published articles in peer-reviewed journals, book chapters and research reports. Her most recent article is 'Making Love Possible: Cell phones and intimate relationships', African Identities, 10(2), 2012. She is a member of the South African Sociological Association (SASA) council and a member of the editorial collective of the South African Review of Sociology.

Johann Maree is emeritus professor of sociology at the University of Cape Town. His broad areas of research and expertise are trade unions, collective bargaining and employment relations; skills development and industrial restructuring; and democracy and development in Africa. His latest publications include (with S. Godfrey, D. Du Toit, and J. Theron) Collective Bargaining in South Africa: Past, Present and Future? (Juta, 2010); (with P. Lundall and S. Godfrey) 'Minerals beneficiation', in Kraak, A., Sectors and Skills: The need for policy alignment (HSRC Press, 2009), 'Trends in the South African Collective Bargaining System in Comparative Perspective', South African Journal of Labour Relations, 35 (1), 2011 and 'Against the Odds: The sustainability of the South African Labour Bulletin', Transformation, 72/73, 2010.

Themba Masondo is a doctoral candidate in the Department of Sociology and a fellow in the Society, Work and Development Institute (SWOP) at the University of the Witwatersrand, Johannesburg. His PhD research investigates the socio economic impact of a South African public employment programme called the Community Work Programme (CWP) and compares it with India's Mahatma Gandhi National Rural Employment Guarantee Act (MNREGA). His research interests are in the areas of labour studies, work restructuring and development. Masondo has published some of his work in the South African Labour Bulletin and The Shopsteward (COSATU's official magazine). He has presented papers at various post-graduate conferences and at annual conferences of the South African Sociological Association (SASA). Masondo serves as the secretary-general of the South African Students Congress (SASCO).

Sarah Mosoetsa is a senior lecturer in the Department of Sociology and research associate in the Society, Work and Development Institute (SWOP) at the University of the Witwatersrand, Johannesburg. She has published in both local and international journals including Labour, Capital and Society, Transformation and the Journal of Southern African Studies. She is the author of Eating from One Pot: The Dynamics of Survival in Poor South African Households (Wits Press, 2011) and co-editor (with M. Williams) Labour in the Global South: Challenges and alternatives for workers. She is an editorial board member of the South African Labour Bulletin and associate editor of the journal, Development Southern Africa.

Ari Sitas is a writer, dramatist, poet, activist, professor of sociology at the University of Cape Town and director of the Ministerial Task Team for the Future of the Humanities and Social Sciences. He has been a fellow of the Institute of Advanced Studies at Jawaharlal Nehru University, Delhi, India, a guest professor at the Albert-Ludvigs University of Freiburg, Germany, president of the South African Sociological Association (SASA) and vice-president of the International Sociological Association. His areas of research include labour, culture, conflict and social change. His latest books are The Mandela Decade: Labour, Culture and Society in Post-Apartheid South Africa, 1980-1990 (UNISA Press and Leiden University, 2010), and The Ethic of Reconciliation (Madiba Press, 2008).

Malehoko Tshoaedi is a senior lecturer in the Department of Sociology at the University of South Africa. She previously worked at the University of Johannesburg as a lecturer; and as a researcher in the Sociology of Work Unit (SWOP) at the University of the Witwatersrand, Johannesburg and Fafo (Institute for Social Research in South Africa). She has done research on labour movements and labour markets in South Africa, Zambia, Zimbabwe, Kenya and Mauritius. She has written and published widely on the Southern African labour movements and issues of gender and gender equity in the trade unions. Her recent publications include, (with H. Hlela) The Marginalisation of Women Unionists During South Africa's Democratic Transition, in Buhlungu, S. (ed.) Trade Unions and Democracy: Cosatu Workers' Political attitudes in South Africa. (HSRC Press, 2006); '(En)gendering the Transition in South Africa: The role of COSATU women activists, Transformation (2012).

Karl von Holdt, is associate professor and director of the Society Work and Development Institute (SWOP) at the University of the Witwatersrand, Johannesburg. His research interests include civil society and the state, citizenship, violence and movements. He is the author of Von Holdt, K. 2003. Transition from Below: Forging Trade Unionism and Workplace Change in South Africa. Pietermaritzburg: University of Natal Press. His latest book (with Michael Burawoy) is, Conversations with Bourdieu: The Johannesburg moment (Wits University Press, 2012).

Nomkhosi Xuluis alecturer in the Industrial, Organisational and Labour Studies (IOLS) programme at the University of KwaZulu-Natal, Durban. She recently obtained her sociology PhD at the University of Cape Town. The title of her thesis is 'Changing Migrant Spaces and Livelihoods: Hostels as Community Residential Units, KwaMashu, KwaZulu Natal, South Africa'. The thesis examines the transformation of single-sex workers' hostels into Community Residential Units and considers the gendered cultural, spatial, political and economic formations which have gone through tremendous, sometimes harsh, unforeseen and undesired, changes in the hostels. Her research interests include rural-urban connections, hostels, livelihoods and gender. 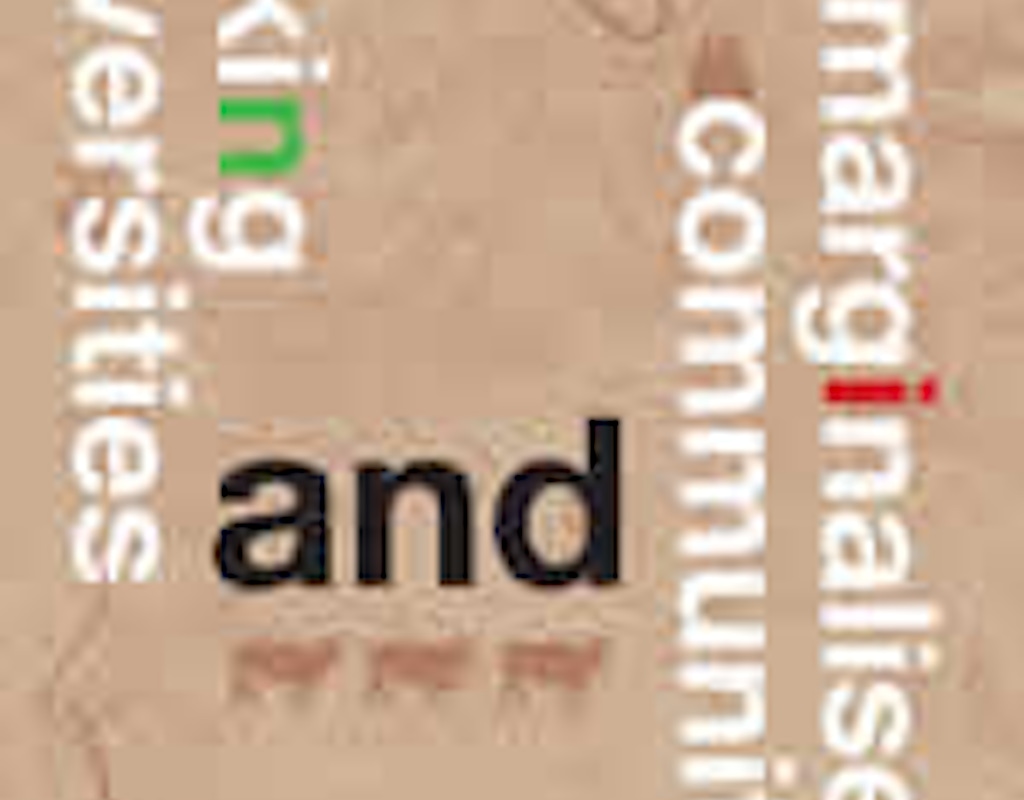 Linking Universities and marginalised communities examines how South African universities engage with the informal sector in marginalised communities to improve livelihoods through inclusive innovation. The knowledge imperatives of universities are explored in relation to the public good and social justice, and the roles of innovation and technology transfer. Case studies provide examples of coherence between teaching, research, innovation and community engagement, and illustrate the enablers and constraints to such interaction. These insights find policy application in the spheres of higher education, science and technology, and economic development. The analysis also provides lessons for innovation studies, pointing out the need to refine the notion of innovation so that it may be more appropriate for the developmental challenges of countries such as South Africa. 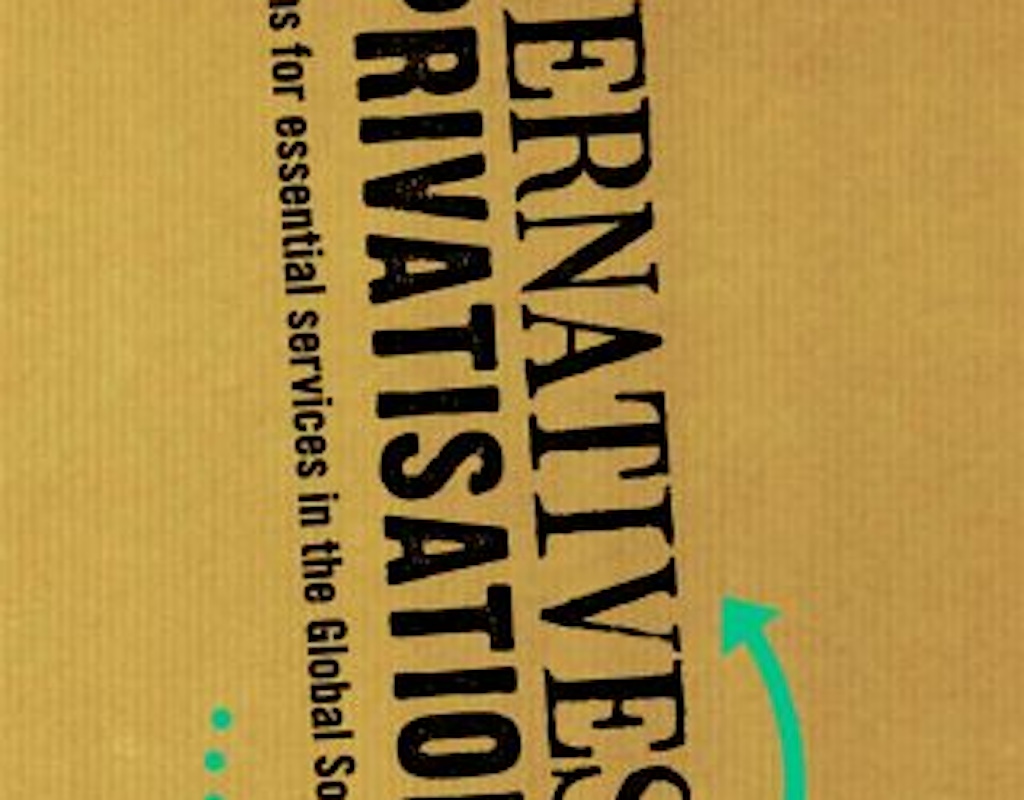 Critics of privatisation are often told they present no alternatives. This book takes up that challenge, proposing conceptual models for what constitutes an alternative to privatisation and analyses what makes them successful (or not), backed up by empirical data on creative public service initiatives in over 40 countries in the Global South. This groundbreaking study provides a robust platform for comparisons across regions and sectors, with a focus on health, water and electricity. Alternatives to Privatisation is a compelling study and has been written by leading academics, practitioners and activists in the field. 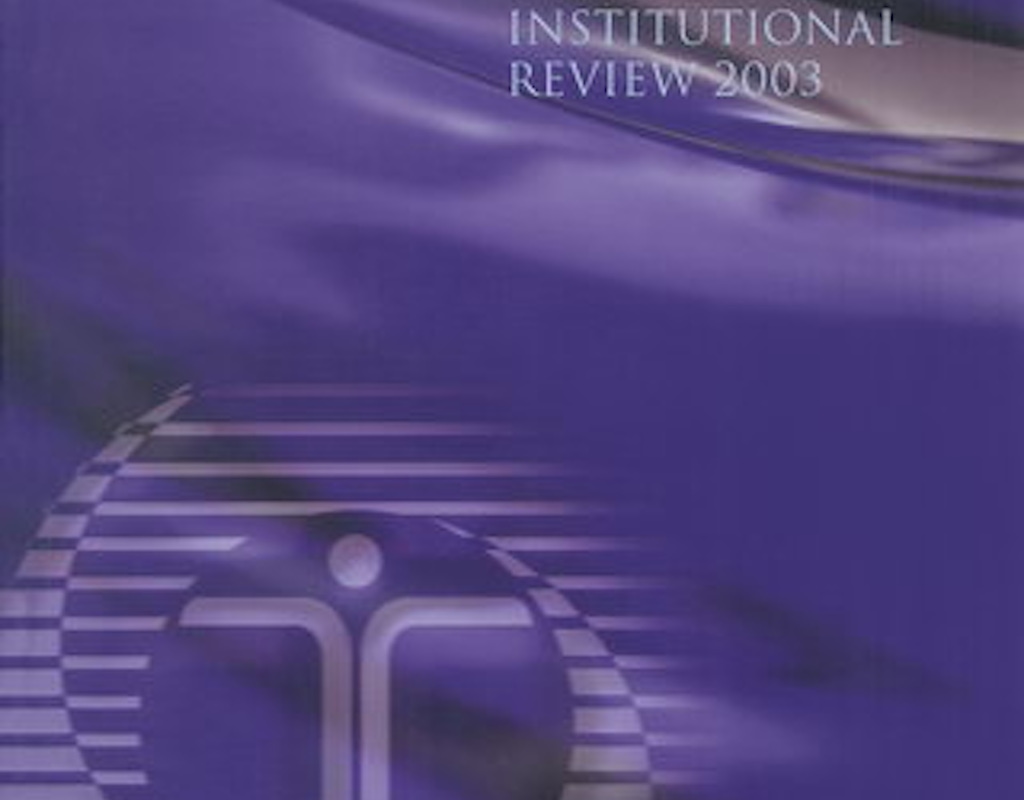 The Human Sciences Research Council (HSRC) is South Africa's statutory reseach agency dedicated to policy-relevant social science. In 2003 the HSRC was evaluated by an independent panel appointed by the Minister of Science and Technology. This publication contains the report presented by the panel. 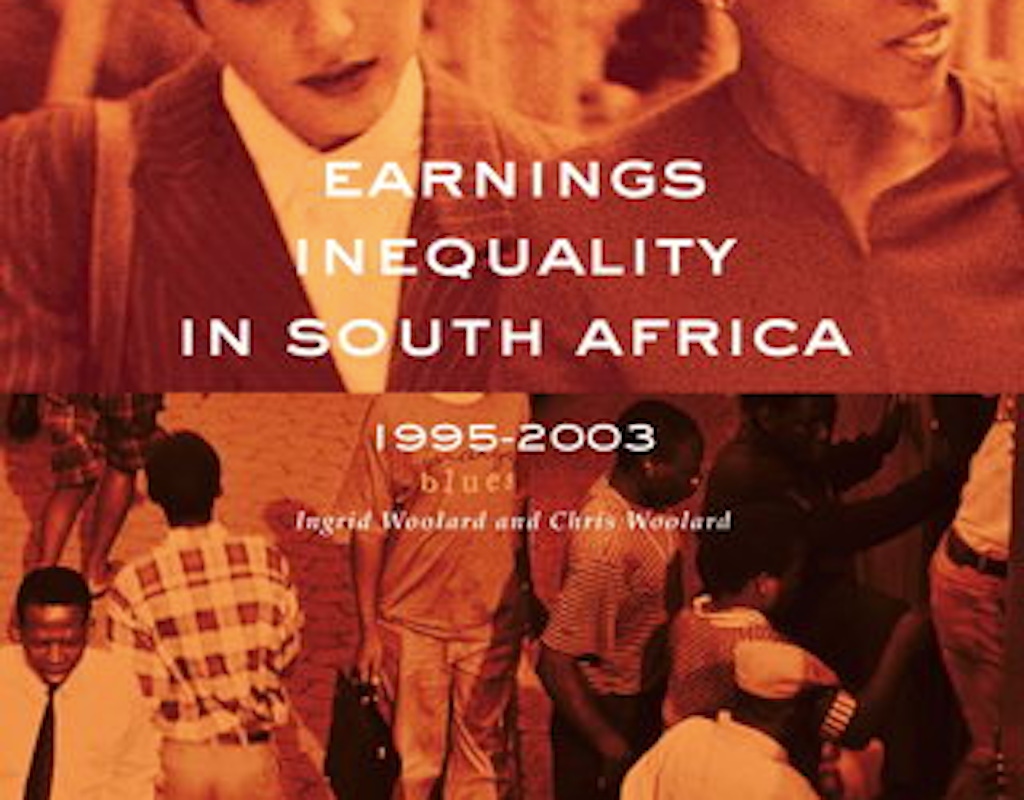